First launched in 1947 Warfield Park is located on land which was once part of Windsor Great Park, we are one of the longest established residential park home estates in the UK.

Our park homes and their generously sized gardens, are carefully situated to harmonise with their surroundings with many homes having garages alongside.

Warfield Park is like a village where you can enjoy the benefits of living in a small rural community, while having Bracknell town centre, mainline trains to London, the M3 and M4 within easy reach. 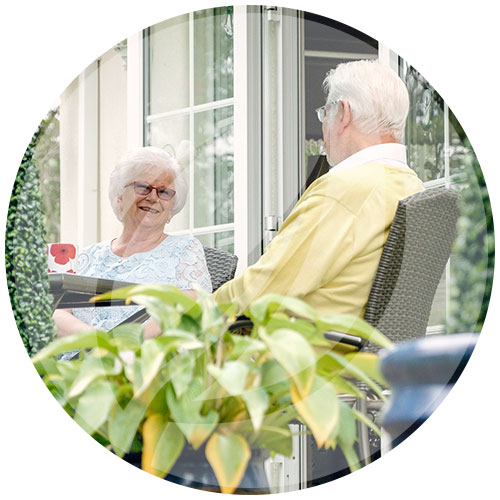 We offer over 500 park homes for sale and rent.

The park’s communal areas are maintained by our experienced team of Grounds men who tend to the expansive areas of flowers and shrubs in our copses and open-areas. To supplement the many mature trees there we also have a long-term tree planting and woodland management scheme in place.

We have a centrally located on-site Park office where our friendly staff are available to assist you with any enquiries or specific needs. The park office is your main point of contact should you require information on buying a new park home or renting from us. We have no age limit and welcome up to 2 well-behaved pets. 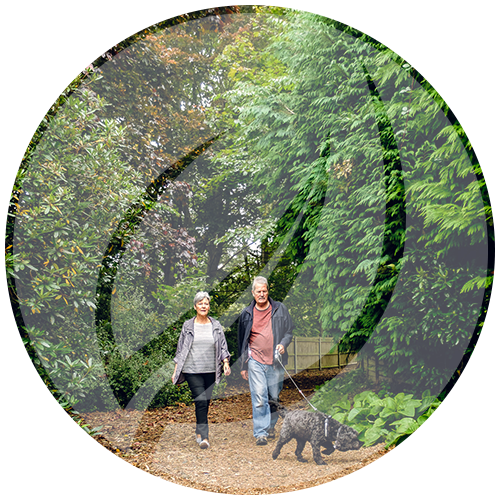 Warfield Park is not just about individual park homes but an innate sense of community.

The Park also benefits from a well-established Community Association which organises a number of social events and activities on the Park. Weekly activities such as Pilates, the Garden Club and Games Nights run alongside weekend events at least once a month.

As well as this, the Association’s yearly summer fete and winter fair are events that are not to be missed, with lots to do for children and adults of all ages! Whatever your interests there is sure to be something for you.

Few people today, wandering through Warfield Park with its modern Park Homes and scenic greenery, could imagine the colourful history of the Estate.

Earliest records show the Saxons were the first to settle in this area which later became part of Royal Windsor Forest. In Tudor times, the land including what is now the Park, was given by the King to Sir Henry Neville and remained in his family until the mid-18th Century when purchased by Colonel John Walsh. Colonel Walsh decided to enlarge his newly acquired manor house, Great Nuthurst, but within a year, disaster struck as fire gutted the building. The site became known as Burnt House, and the grand new mansion of Warfield Park was built on higher ground close to what is now the Westmorland Entrance of the park.

A century later, in 1868 Colonel Walsh’s descendant was created Lord Ormathwaite. Warfield Park is almost certainly the only Park Home site to have entertained four Kings, when, in the early years of the 20th Century, Lord Ormathwaite invited King Edward VII, the Kaiser, Alphonse of Spain and the King of Bulgaria to a shoot in the park.

When the estate was sold in 1939 to Archie MacLaren, the conveyance contained a covenant to preserve as far as possible the majestic Wellingtonia trees planted by Lord Ormathwaite’s wife, Lady Jane Walsh and these are still visible today. The newly acquired Georgian mansion was in poor condition and Archie immediately proceeded to have a new modern house built on the estate. When completed the new home was named Myrnong after his wife Maud’s Australian birthplace.

With Archie and his family settled into their new home (Myrnong), the old Georgian mansion provided accommodation for armed forces’ personnel and American troops during the Second World War. After the war ended the mansion was demolished.

Myrnong has now been renamed MacLaren House and today serves as the park office. Archie and his wife both died in 1944 and their son, Captain Ian MacLaren took over. Ian decided to establish a residential caravan site which was granted its first planning permission in 1947 for “12 caravans”. His aims were to provide his residents with maximum privacy, their own garden and to give good service. These principles are still applied today; however, the modern Park Home is a world away from the rather primitive and spartan conditions of the 1950’s caravans.

Covering over 90 acres of wooded parkland and overseen by the MacLaren Trust, Warfield Park has evolved into a very desirable and popular place of residence for the 21st Century and beyond.

A resident reminisces….
“When our caravan was moved onto the site, everything was pretty basic – just a hard standing and hooked up to a water supply and electricity, no main sewerage facilities. When Captain MacLaren was asked where the boundaries were, he replied “Clear as much as you like, within reason, of course!””

Sir Henry Neville
In 1553, Henry was granted the manor of Warfield along with Bray, Billingbear and Wargrave by Edward VI.

Warfield remained with the Neville family until the mid-18th Century. The Neville’s later assumed the title of Lord Braybrook in 1788.

Colonel John Walsh
John was born in 1727 to a family that owned estates in Worcestershire. He was companion and secretary to Robert Clive (of India). He was MP for Worchester between 1761 and 1780.

In 1765 he purchased an estate in Warfield, adding land of Edmonds Green. His new purchase came to be known as Warfield Park.

John died with his niece Margret Folke the only heir to his fortune. The requirement of her inheritance was that she took the Walsh name when married.

Archie MacLaren
Archibald Campbell MacLaren was born on 1st December 1871 in Whalley Range, a fashionable suburb of Manchester. He was the second of seven brothers with an ancestry of Scottish, Irish and English. James MacLaren, his father, was a successful cotton merchant and shipping agent.

At Harrow School, Archie gained a reputation in both football and cricket. He excelled as a cricketer, playing for Lancashire and England. Touring Australia with the England team in 1894/95 he met and fell in love with Maud Power, an Australian socialite. She hailed from Victoria and the house the MacLaren built in Warfield Park was named Myrnong after her birth place.

He led Lancashire to Championship victory. He reached 1,000 runs eight times in a season in England and once in Australia. His 424 against Somerset at Taunton in 1895 remained the highest score in a first class match in England for 99 years until Brian Lara sored 501 at Edgbaston, Warwickshire v Durham in 1994! He hit five Test hundreds, four in Australia and one, his highest – 140 – at Trent Bridge in 1905.

Captain Ian MacLaren
The son of Archie MacLaren and the founder of Warfield Park as we know it today.

When Ian left Harrow and Cambridge he began work as a stable lad and then joined the staff of “Racing Outlook”. He then started a garage at Colnbrook. During WW2, he landed in Normandy on D-Day as a Captain in charge of transport.

Post-war he started an Air Charter business, then went into pig farming, and although not necessarily a logical step founded the residential site at Warfield Park. He created the road network and implemented a planting programme across the 92 acres of land at the park.