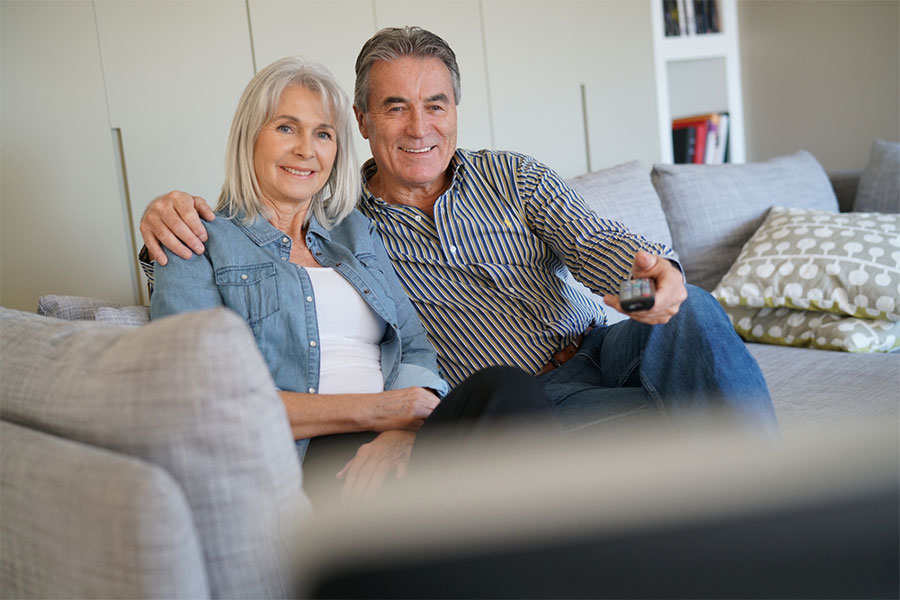 15 Apr Must see TV while you’re on lock down

We are living in serious times, and while it may seem difficult to stay at home and keep our distance from each other, it really is for the greater good. There are many people on the Park who could fall into the ‘vulnerable’ category and so we all owe it to each other to keep our community safe and adhere to the guidelines laid out by the government and the Department of Public Health.

By staying home we are all helping the NHS to slow the spread of this devastating virus. We must all take heed of the Government’s advice and, let’s be honest; it’s not the biggest hardship.

In these modern times, there really is no shortage of things to watch on TV, online or on demand. No matter what you’re interested in, there will be something for you to help fill some of your spare time. We’ve put together a list of some of the best shows for this spring. We’ve split it up as there are some obvious ones.

If you are looking to keep active there are plenty of things on YouTube to get you off your feet.

The Body Coach Joe Wicks – has been producing some short workouts for older people to follow along with at home. They’re fun, engaging and his enthusiasm is quite infectious. The workouts are specifically designed for seniors and are relevant for all ages, focusing on low impact exercises to help you get active in the morning. Google search to find out specific details but you can find some of his content on his YouTube Channel.

Online Yoga – There are thousands of online yoga classes, but one of the best is Yoga with Adriene. One of her classes is specifically for Seniors, so if you’re looking to get a little Zen and settle your mind with a light yoga session make sure you head over to her channel. She has classes for all levels and purposes so make sure you browse for more content.

Zoo Web cams – Whisk yourself away to the wild and spy on the exotic animals on display at various zoos around the country. Many have live streams on their websites so you can see what the animals get up to throughout the day. It’s amazing to see how the animals behave and can be really educational too. Marwell Zoo among others have made their streams readily available.

WhatsOnStage – have made a number of theatre productions available to watch on the small screen. So if you need your theatre fix make sure you head to their website and enjoy!”

With the UK on a full lock down and families in isolation, many of the big Hollywood studios are releasing their movies via on-demand platforms to make up for the cessation of cinema visitors. The Radio Times have put together a list of films and how to watch them.

The Disney+ is a new subscription service and is choc-full of content to fill your days. From classic animations to brand new content it really is a tempting subscription to complement your existing Netflix, Sky and Amazon Prime offering. The Disney+ content also includes National Geographic channel as well as all the Star Wars, Pixar and Marvel content. The subscription costs £59.99 for the year and there is a 7-day free trial available if you want a taster. Some of our favourite content on Disney Plus include:

The World According to Jeff Goldblum – You either love him or hate him, but Goldblum takes a look at things people love and looks at them in a little more detail. He explores the history and science behind some of the most popular ‘things’ on the planet, from ice cream to trainers.

Animation classics – Take a trip down memory lane with all the classic animations from the Disney Studios; from Snow White and the Seven Dwarfs to the new Lion King live action movie, Disney have made everything accessible on this platform

The Mandalorian – This is the launch title for the platform. A huge budget blockbuster which looks and feels like a classic Star Wars story, but with modern special effects. We’re sure that once you’ve seen it, you’ll get the urge to re-watch the movies.

You must have seen…

How many times have you been chatting to a friend and they reference a TV show which you’ve not seen. Well, here are some of the shows which have influenced popular culture over the last few years, if you’ve not seen them, now might be a good opportunity!

Game of Thrones – Eight seasons of complex dysfunctional family drama, dragons and fantasy-based war. If you liked the Lord of the Rings, this might be for you. Dubbed the show which changed television forever; you have to see it to believe it.

Killing Eve – The BBC Spy thriller focuses on the relationship between a loveable assassin and the MI5 spy trying to catch her. The darkest of comedies, there’s a fair amount of gore and surprising twists and two genuinely likeable protagonists.

Breaking Bad – The classic story of a chemistry teacher stumbling into the meth manufacturing industry to pay off medical bills. This show is credited as starting the “binge-watching” culture in the UK as it wasn’t initially aired here. While slightly dated (first episode 2008) the drama still holds up.

Something a little odd

After Life – Ricky Gervais writes and stars in this black comedy-drama created for Netflix. The show is about Gervais’ character, Tony as he struggles with depression after losing his wife. This can be a difficult watch at times and contains some very strong language but is thought provoking and inspiring.

The Good Place – This light hearted comedy follows Eleanor, a deceased saleswoman who lived a morally corrupt life as she lands in a heaven-like afterlife. Recognising she doesn’t belong there a fun buddy comedy unfolds. This is an easy watch and will leave you feeling pretty good, also the cast is fantastic, with some great cameos throughout the four seasons.

Chernobyl –The quite frankly terrifying story of the Chernobyl disaster is ranked as one of the top TV series of all time. Only five episodes, you’ll be gripped from the first minute until the last – with its realistic depiction of the disaster it might make you a little anxious of the potential for future nuclear incidents.

If you have any other suggestions, we’d love to hear about them, we have by no means covered everything just a small selection.

If you would like more information on how the Warfield Park Management Team is dealing with the Coronavirus, take a look at our previous update.

Stay up to date

Remember, if you would like to know more about Coronavirus (COVID-19) please only refer to reputable sources such as the Government website. We have also been posting regular updates from James Sumner – you can see the latest update here. Should you need to contact us, you can call us on 01344 884666 or email us. Make sure you follow us on Facebook, Instagram and LinkedIn for regular updates.