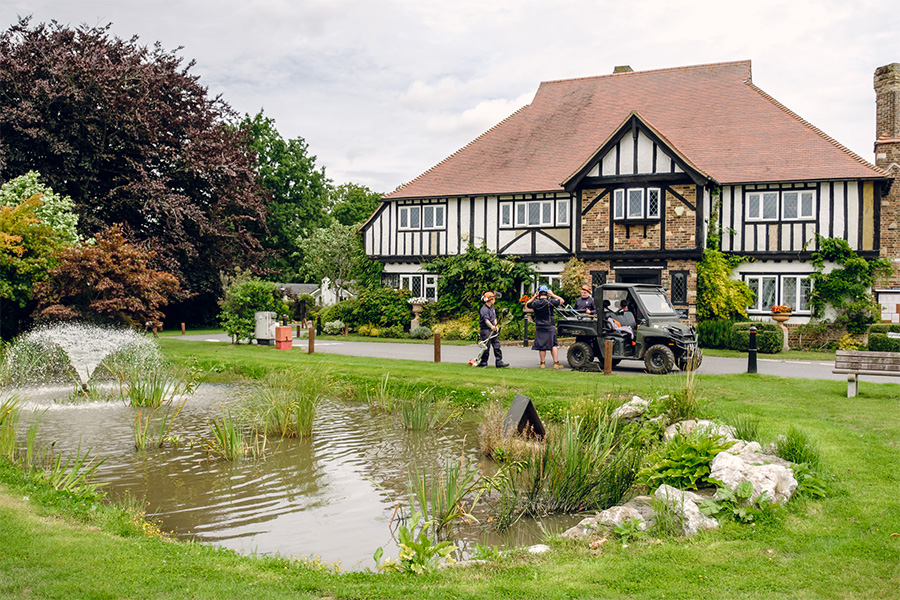 Posted at 16:15h in Uncategorized by Jon Schaaf
0 Likes

We invited Jon Schaaf from our web design company, Jaijo, to attend our Park Assembly meeting in June, as an opportunity to share how the park operates with someone less familiar with our community. We asked Jon if he would write a few words about his first experience of the meeting.

“I was delighted to accept James’ invitation to the Park Assembly meeting in June. On the day, the weather was miserable and I spent ten minutes getting completely lost on the Park; when I finally found my way to the Park office, I set off in convoy to get to the Community Hall where the meeting was held.

The torrential rain continued and I wasn’t expecting to see many attendees – it would be preferable to stay at home with your feet up than brave the monsoon.  I was wrong; there wasn’t a seat to spare around the tables – pretty much full attendance with just a couple of apologies from those unable to make it due to holidays.  We were in to the first order of the day – approving the minutes of the last meeting.

Getting the point across

One of the biggest talking points was the issue of energy providers now that mains natural gas has been installed. It was a really balanced conversation with people discussing their experiences openly and honestly. Some people were having terrible experiences with energy suppliers, others had excellent experiences – it was a real mixed bag.

The Park representatives assured the residents that they were in the process of making a complaint and advised that the individuals who were affected should make complaints of their own to add weight to the matter.

What struck me was the nature of the conversations; there was constructive feedback and sensible advice and it was generally a harmonious affair. Even issues that could have become contentious were dealt with swiftly and efficiently.

Having said that, there was definitely a hint of mischief to some of the comments and questions generated by some of the members, occasionally trying to catch James out with a complicated question followed by complex variations along the same lines. James handled these in a professional manner and with a knowing smile. It was entertaining from an observer’s point of view.

I have been present at numerous board meetings, management forums and residential committee meetings before but never as an ‘outsider’. What was very obvious to me about the Warfield Park Assembly is that it is a gathering of passionate residents whose primary goal is to enrich the lives of their fellow residents.

It is a great forum through which residents can gain face to face access to the team running the Park and air concerns they may have. Whether a sign needs replacing, the wood carving needs staining or there is a safety hazard in the Park, the Assembly addresses it all.

The management team left the meeting, which lasted around 60 minutes, with a long to-do list for the maintenance and administrative teams to execute. It was a really interesting insight into how such a complex site is run and how valuable the input from the residents is – I felt like I was taking a little peek behind the scenes.

I’d like to thank the Park Management team for inviting me, and the residents for making me feel so welcome. JS

If you are a resident and are interested in joining the Park Assembly, please get in touch with us. Or maybe you are thinking of buying or renting a park home – you can call us on 01344 884666, email us and follow us on Facebook, Instagram and LinkedIn.